VESSEL IN SERVICE IS JENNY BLUE.

IF VIEWING ON A PHONE TURN TO LANDSCAPE FOR BEST VIEW.

The Hythe Ferry sails daily between Hythe and Southampton Town Quay providing a car free, carefree, and fun trip for all ages and the chance to enjoy the sights and sounds of the bustling port of Southampton.

Sailing from the end of Hythe’s historic Pier, one of the ten longest piers in the British Isles, and with the World’s Oldest Pier Train (official Guinness World Record), The Ferry trip offers some of the best views of the cruise liners in port as it sails right past the berth of Queen Victoria, Queen Mary 2 and Queen Elizabeth, when at home.

Hythe Ferry also offers a great link to the Isle of Wight in less than an hour. 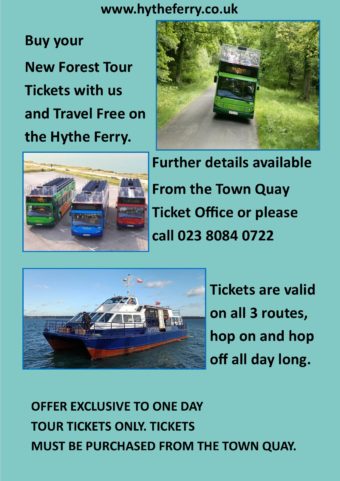